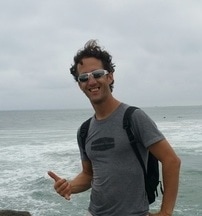 Dave Hebert
​Jumps: 6800+
Jumping Since: May 1998
Ratings: AFF Instructor, Coach, Tandem Instructor, Pro
DZ where you learned to jump: The Canadian Skydive Center Didsbury,AB Canada
Nationality: Dual citizen of Canada and USA
Favorite quote: The only thing we have to fear is fear itself!
Most memorable jump: June 2014 Demo Swoop in Copenhagen, Denmark in front of 30,000 live spectators and 1 million on tv. 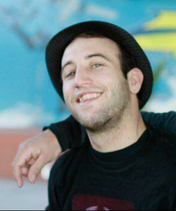 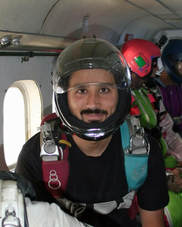 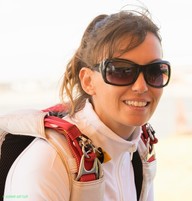 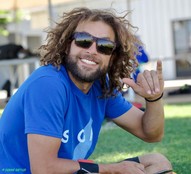 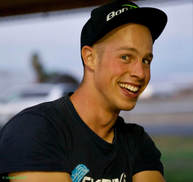 Cory Harrison
Jumps: 1500+
Jumping since: 2014
Ratings: AFF Instructor, Coach
DZ where you learned to jump: Skydive Delmarva
Nationality: American
Most Memorable Jump: Impromptu solo wingsuit jump over Longmont, CO at night.  Looking at the stars while backflying, then pulling hight and flying in brakes to spend more time looking at the city lights made for a pretty amazing jump. I can't adequately describe the feeling I got on that one.  Mind blown. 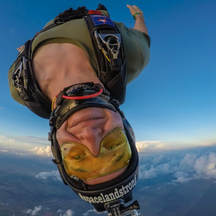 Brad Patterson
Jumps: 6,000+
Started Jumping: 2009 at Madera Parachute Center (Canada)
Working in the Sport since 2013 at Skydive Dallas
Ratings: AFF Instructor, Coach, Tandem Instructor, PRO
Favorite Quote: Success is no accident. It is hard work, perseverance, learning, studying, sacrifice and most of all, love of what you are doing or learning to do. ~Pele
Container: Infinity
Main: Icarus Leia 76 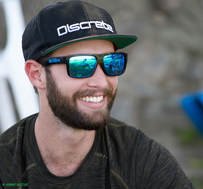 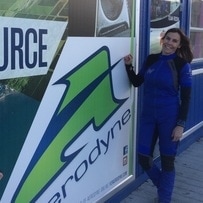 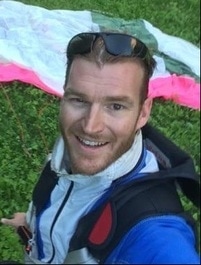 Ben Summers
Jumps: 4700+
Jumping since: 2006
Learned to skydive at: Perris!
Ratings: Coach and AFF Instructor since 2009
​Favorite Quote: "Skydiving is 90% mental. The other half is physical"- Yogi Berra Other hobbies: Hiking, live music, bad decisions, and making excuses 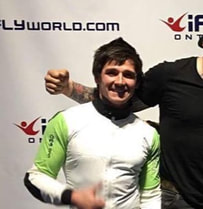 Dalten Kadow
Jumps: 3200+
Ratings: AFF Instructor, Tandem Instructor
Instructor at iFly Ontario
Favorite quotes: "If you always put limits on everything you do, physical or anything else, it will spread into your work and life. There are no limits. Only plateaus, and you must not stay there, you must go beyond them." - Bruce Lee 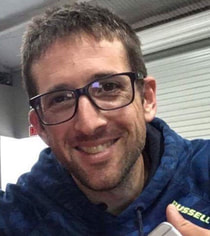